I think this picture of Beth Ferry tells all. Well, almost all: It comes out on April 7th. You can pre-order it on Amazon. Congratulations on the new book. 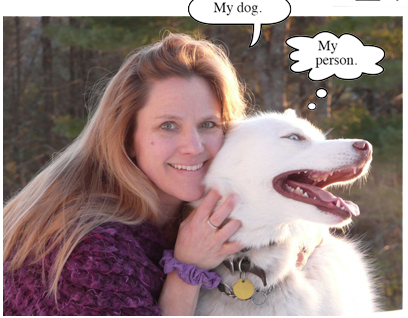 This year’s winner is Sanna Stanley, writer and illustrator of books including Monkey for Sale

Sanna draws inspiration for her work from the time she spent as a child traveling to remote villages in the Democratic Republic of Congo.

She wins a $3,000 grant to both honor her contribution and help raise awareness about her current works-in-progress. You can learn more about Sanna at her website here. 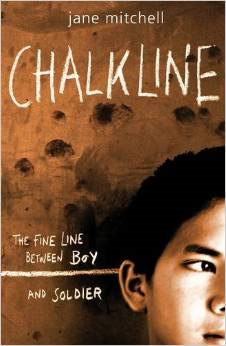 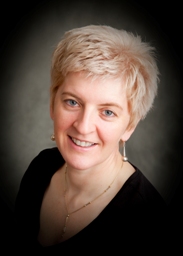 Cheers as well to Jane Mitchell, who won an Honor Grant. Jane is the co-founder of the SCBWI Ireland Chapter and its previous regional advisor. She is the author of When Stars Stop Spinning…

Shiela Fuller is back with a fascinating post about the man who discovered the uniqueness of snowflakes: Wilson Bentley.

Snow is a form of precipitation that occurs when the air temperature is at 32 degrees Fahrenheit or lower. Water vapor in the air freezes into ice crystals. A speck of dust or particulate from the atmosphere will act as a nucleus to which ice crystals will form around. As it falls to the ground it will continue to pick up more crystals and build into a snowflake. They take on many shapes and sizes.

Although it is possible, it’s highly unlikely that any two snowflakes are alike.

Next time it snows, take a sheet of black construction paper outside. Hold the paper in front of you and allow the flakes to fall on it. Take a close look at the flakes. What do you notice? Are the flakes similar? Do they look different? Are they hard to tell apart?

Examples of the first photographs that Bentley photographed: 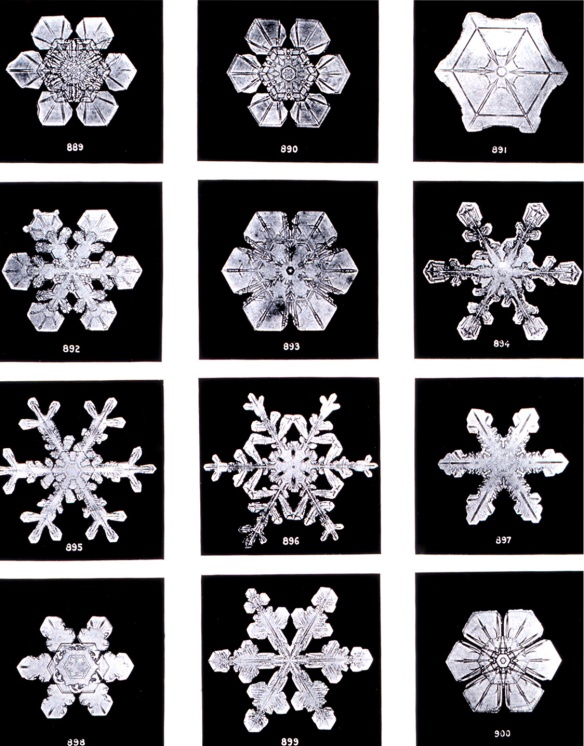 Beginning when he was a teenager, Bentley captured the image of over 5000 unique patterns of snowflakes using a camera and a microscope. There was much trial and error in the process but he became known as “Snowflake Bentley” in his hometown of Jericho, Vermont.

Go to this website for easy instructions on how to make paper snowflakes: http://highhopes.com/snowflakes.html

Print out this sheet of Wilson Bentley’s snowflakes to follow as patterns for making your own paper snowflakes:

To learn more about Wilson Bentley, check out the book SNOWFLAKE BENTLEY by Jacqueline Briggs Martin from your local library.

Shiela Fuller has been a Cornell University Project Feeder Watch participant for many years and an avid birder since 1988. Currently, she enjoys writing picture books, yoga, chicken raising, wildlife photography, and is the legacy keeper for her family.