JUNE 1, 2018 is National Donut Day.  Why not celebrate one of America’s favorite treats by making some of your own donuts?  This recipe, taken from http://www.BiggerBolderBaking.com  is a baked version you can jazz up however you like.  You don’t even need a donut pan for these yummy gems.

This easy to follow video lets you make these NO-KNEAD BAKED DONUTS – easy as 1, 2, 3. 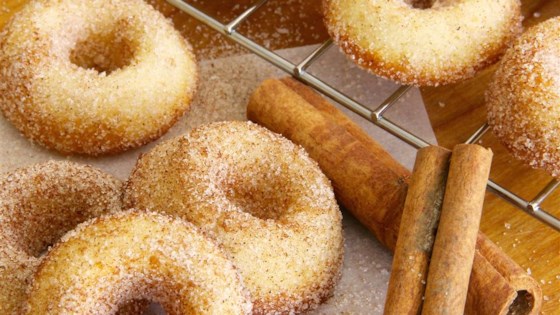 You can dust them with a cinnamon/sugar mix after baking or use the glaze recipes shown on the video.

Thursday, 5-31-2018 is the 91st Scripps National Spelling Bee Finals competition.  Students from all over the country will spell their hearts out to try and become the nations best speller for a cash prize of $40,000.000.

You can watch the action on ESPN.

For a printable list of the most frequently misspelled words: https://www.spelling-words-well.com/frequently-misspelled-words.html

The winning word for the 2017 contest was “marocain,” a dress fabric that is made of ribbed silk or rayon and a filling of other yarns. Check out highlights from the contest here: https://www.cnn.com/2017/06/01/us/national-spelling-bee-finals-winner/index.html

One of the hardest words for me to spell correctly is: diarrhea

Care to share the word that you have the most difficulty spelling?

Tara Lazar’s 7 ATE 9: THE UNTOLD STORY was recently honored with the Irma S. and James H. Black Award for Excellence in Children’s Literature by the Bank Street College of Education, as voted on by thousands of 1st and 2nd grade students across the US. She has agreed to giveaway a copy to one lucky winner.

All you have to do to get in the running is to leave a comment. Reblog, tweet, or talk about it on Facebook with a link and you will get additional chances to win. Just let me know the other things you did to share the good news, so I can put in the right amount of tickets in my basket for you. Check back to discover the winner.

6 has a problem. Everyone knows that 7 is always after him. Word on the street is that 7 ate 9. If…

Today I received one of my favorite e-mail messages: Local Organic Strawberries are here.  If you’ve never had the pleasure of tasting these treasures right off the vines, you are missing one of nature’s most perfect culinary creations. Yes, you can buy organic strawberries in the grocery store. They’re fine…in a pinch.  But, if you can find local organic berries, walk, run, drive, fly to get them.  The season is short, so don’t wait.

Now that even most urban areas have community gardens, the opportunities to “eat local” are better than ever. There are approximately 8,700 farmer’s markets nationwide. To find a market in your area visit: http://www.localharvest.org

If you’d like to try planting your own organic strawberries from starter seeds or kits:

perfect inspiration for wanna-be writers out there!

In my excitement to finally be calling myself an author, I seem to be diving into every challenge, competition and cooperation that I come across. However, with two children under the age of 5, one of whom is still at home full-time, I need to start being a bit more selective about what I take on, as there are only so many hours in a naptime and evening. So when I read about StoryADay I was determined to give it a miss. Then I had an idea for a new story and spent half of the evening writing a first draft…

I don’t think I’ll attempt to write something new every day this time around, unless the muse finds me, but for those who are in a bit of a rut, or who would like to become a writer and have no idea where to start, StoryADay is a great…

One of the most timely and heart-wrenching middle-grade books I’ve recently read is THE LAST CHERRY BLOSSOM by Kathleen Burkinshaw.  It is my pleasure to feature the Discussion Guide for this book that should be in every classroom.

1.Do you have relatives who were teens during WWII in the U.S.?  What were there worries or fears at that time? Were they similar to what the Japanese children felt? If different, how were they different?

2.Did you or someone you know have to deal with a new step family.  Was it difficult to meld the two households together? What made it easier? Did anything that made it easier surprise you?

9.What did you know about Hiroshima Japan during WWII, before reading THE LAST CHERRY BLOSSOM?

10.Does reading THE LAST CHERRY BLOSSOM change your view on using nuclear weapons in the future? Why or Why not?

Kathleen Burkinshaw would love to hear from you. You can email her through her contact page on her website: http://kathleenburkinshaw.com/#contact

For more information on what nuclear weapons could do if used today visit:

Instruction on how to make an origami crane, now a symbol of hope and peace:

Leslie joined Dunham Literary in June 2016. Previously, she was an intern for The Bent Agency.

A former librarian with over 20 years’ experience in special, public, and school libraries, Leslie has cataloged rocket launch videos and Lego rocket ship models, presented SEC documents and story times, and negotiated with organizations from Lexis-Nexis to the PTA. Her experience as a librarian has given her a distinct perspective on publishing and readers. A writer herself, Leslie is very familiar with querying from both sides of the desk.

Leslie graduated from Wake Forest University with a degree in English and has a Master’s of Library and Information Science degree from the University of North Carolina at Greensboro.
She is available to speak at conferences.

Here is a simple and nutritious sweet treat the kids can make for MOM on Mother’s Day or for any time you want to WOW someone with a TASTE SENSATION for little effort.

CREAM CHEESE STUFFED DATES are sooo easy.  All you need are some whole dates and cream cheese.  Slit open the dates length wise to remove the pit.  (see photo 1)

Fill the opening with cream cheese and serve!  This not too sweet, but satisfying dessert will be a hit with Mom and the kids as well.  Doesn’t everything taste better with cheese?

Serve a few with a cup of tea.  You can also try spreading other fillings  such as peanut or almond butter.  They make great party food as well.

Saturday, May 5, 2018, I had the joy of participating in the annual West Deptford Book Festival held at the Riverwinds Community Center.

Here are some photo highlights of the day:

It was fun sharing the day with PB author Patricia Lugo, and watching the kids dance to a band, get balloon critters, and face painting.

Sold a few books, and met many nice people.  Thanks to all who participated and attended.

YA Author Jeff Johnson is my guest today to tell you about his books and teacher resource materials.  Here’s Jeff:

FRAGMENTS (Age 12 and up): A 2008 Edgar award nominee for Best Young Adult Mystery by the Mystery Writers of America, and a 2008 Quick Pick For Reluctant Young Adult Readers selection by YALSA.

From the cover copy: Ever since the accident, Chase feels shattered. He can’t remember that night, and everyone’s treating him like a broken freak. He just wants things to go back to normal. So when he starts getting flashes of memory, he’s relieved. He’s sure once he remembers everything, he can put the crash behind him and start over. But then the flashes reveal another memory, Chase starts to panic. He’s desperate to leave his ugly past behind. But if he wants to put the pieces together once and for all, he must face the truth about who he is … and what he has done.

No discussion guide was created for FRAGMENTS.

THE TRUTH (age 12/13 and older): A 2017 Quick Pick for Reluctant Young Adult Readers selection by YALSA, and a 2017 In the Margins Book Award Winner by Library Services for Youth in Custody (LYSC).

From the cover copy: When Chris wakes up in a dark basement tied to a chair, he knows that he’s trapped – and why. Eight nights ago a burglar broke into Chris’s home. Eight nights ago Chris did what he had to do to protect his family. And eight nights ago a thirteen-year-old runaway bled to death on his kitchen floor. Now Derek wants the truth about what really happened that night. He wants proof that his little brother didn’t deserve to die. For every lie Chris tells, he will lose a finger. But telling the truth is far more dangerous…

Here is a link to the Discussion Guide Sourcebooks had me put together for THE TRUTH: https://cdn.sourcebooks.com/assets/downloads/discussionguides/TheTruth-DiscussionGuideFINAL.pdf

Besides my two YA novels, I have also published close to 40 short stories. I have written hundreds of articles on various subjects including feature articles on theatre, and I worked as a theatre and film reviewer. My next YA thriller, FOLLOWING, is due out Feb 5, 2019 from Sourcebooks.