With another school year over and a long stretch of summer ahead, we all want our kids to enjoy some fun and relaxation away from the demands of school. But, we also want our kids to be occupied in activities that encourage growth and engage the imagination. Why not head to the library for some great summer reading?

This post features some of the recent MIDDLE GRADE books I’ve had the pleasure of reading and want to recommend for kids. Each one is accompanied with my review. My first MG historical is also in the mix.  I will feature more middle grade in later posts as well as picture books. 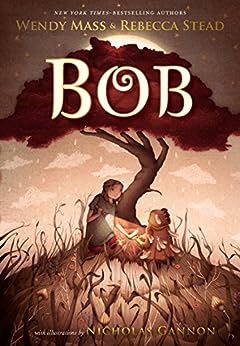 A magical and whimsical tale full of hope, friendship, and finding your way back home. Put on a chicken suit, grab a flashlight and some licorice and prepare to be transported to a place of wonder, courage, and kindness. A delightful read for the young, and young at heart. 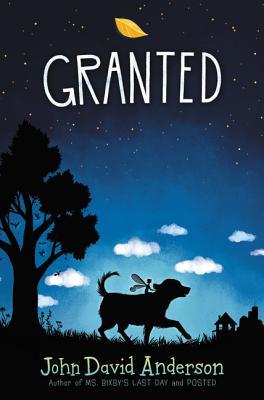 Ophelia Delphinium Fidgets is a fairy in the Haven. She, and the rest of the fairies have one purpose in life – to grant wishes. As Ophelia embarks on her first mission as a Granter – a fairy who makes a wish come true – a simple wish turns into anything but. Everything about this story delighted me: the clever names of the fairies, the descriptions of their world, how wishes get granted, Ophelia’s struggles to make the wish come true, the relatable characters, and Ophelia’s new-found friendship with an unlikely critter named Sam – also known as a dog. It’s funny, heartfelt, original, hard to put down, and one of those books that will stay with me for a long time. I hope we get to hear from Ophelia Fidgets and her Haven friends again.

Racial intolerance, social change, sweeping progress. It is a turbulent time growing up in 1908. For twelve year old EMILY SOPER, life in Papa’s carriage barn is magic. Emily is more at home hearing the symphony of the blacksmith’s hammer, than trying to conform to the proper expectations of females. Many prominent people own Papa’s carriages. He receives an order to make one for President Theodore Roosevelt. Papa’s livelihood becomes threatened by racist neighbors, and horsepower of a different sort.  Emily is determined to save Papa’s business even if she has to go all the way to the President.

Gr 4–6—Emily Soper is a 12-year-old who lives in a time of transformation. She sees big changes coming in Washington, DC in 1908—from women’s suffrage to the invention of the automobile. She is even going through a time of personal transition, as her mother and father begin pushing her to spend less time in her father’s barn and more time learning to be a proper lady. Resistant to amending her ways at first, Emily begins to see that it is important to have the courage to change when her father’s carriage making business is threatened by racial intolerance and the invention of the automobile. This superb work of historical fiction features a delightful protagonist and a likable cast of supporting characters. Jacobson’s writing is simple, elegant, and clever. The story’s pacing helps build to an exciting conclusion, and gives a great window into an important time in American history. Using a word game between Emily and her father, Jacobson smartly weaves in vocabulary and their definitions, without taking away from the story. The back matter also features an author’s note and recipes.—Amanda Augsburger, Moline Public Library, IL 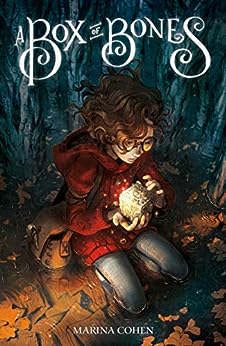 A BOX OF BONES by Marina Cohen

Twelve-year-old Kallie is a strong protagonist who confronts life with logic, order, and no nonsense.  Stories are lies, and magic and make-believe have no place in the ordered life she and her father have carved out after Kallie’s mother’s death. This ordered life turns upside down when Kallie receives a puzzle box. By solving the puzzle and opening the box, Kallie discovers a set of intricately carved bones.  Something else escapes from the box, something that defies logic and order. This fast-paced page turner alternates between Kallie and Liah – a young bone carver from back in the time when the box’s contents were carved. As Liah’s life begins to intertwine with Kallie’s, everything Kallie knows and believes is shattered. For the first time in her life, logic and order are of no use to her. How will she solve the mystery of the box that is messing up her life?

This is a story of suspense, secrets, and lies that will keep readers guessing until the very last page. 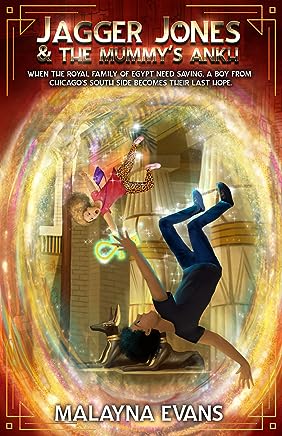 JAGGER JONES AND THE MUMMY’S ANKH by Malayna Evans

Although 13 year old Jagger Jones loves ancient history, he’d rather learn about it from the comfort of his own bedroom than the constant globe-trotting to which his mother subjects him and his younger sister Aria. The trio are on their way to Jagger’s favorite place – Egypt. When they check into their hotel Jagger is awakened in the middle of the night by the sound of someone calling his name, telling him to “Come”. Unable to stifle his curiosity, Jagger and Aria go outside into the Egyptian night to investigate. They discover an underground tomb and begin the adventure of a lifetime. Inside the tomb Jagger discovers the source of the voice – an Egyptian ankh – the symbol of life. When Aria touches the amulet, they are swept 3000 years back in time to Ancient Egypt.

If Jagger doesn’t find some mysterious gemstones with magical properties, Mek, the sister of an Egyptian princess, will lose her soul and her chance at the afterlife. Jagger, Aria, and their entire family will also die and be wiped away from history as if they never existed. How can Jagger save the ancient princess and his own family? Why can’t he and Aria just go home?  Readers will enjoy the action and details of ancient Egyptian history as they are swept up in the intrigue and magic of the Pharoahs and Egyptain Gods. They will also marvel at how the author mixes ancient magic with modern technology to affect the story’s outcome in clever and surprising ways. A quick, enjoyable read for any adventure loving kid.

These are all fast-paced and exciting stories that should interest even reluctant kids.

Remember, if you and your children enjoy a book, one of the best ways to show the author your love is to write a review about the book on Amazon or Goodreads. It’s a wonderful way to spread the word about great literature for children.