With the holidays coming up, we often think of the needs of those who might be hungry. It’s wonderful to share our bounty during the holiday season. But people aren’t hungry only in November and December. More than 47 million Americans use food banks for some or all of their meals YEAR ROUND.

Take some time today to donate non-perishables to a local food bank. They also need toiletries, diapers, wipes, and sanitary products. Why not make this WORTHWHILE SERVICE PROJECT part of your monthly family routine and teach your children the value of giving to others.

To find a food bank near you: http://www.feedingamerica.org

Barbara Messinger won a copy of Theresa Julian’s book THE JOKE MACHINE. Please contact me so I can let Theresa know. 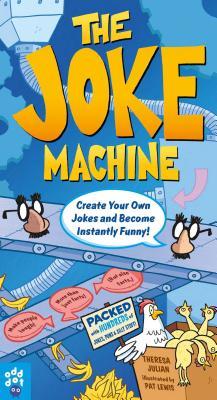 I had lots of fun reading my copy of this book and am inspired to make up a joke of my own in the spirit of Halloween:

What did one pumpkin say to another? ans: I hate this time of year. Everyone looks so stressed out.

It’s pumpkin time again…that once a year phenomenon that turns ordinary people into a frenzy of decorating for autumn. Pumpkins spring up everywhere and in everything we eat. Pumpkin latte, muffins, soup, pies, cakes, cookies, pancakes, even beer. So, in honor of the season here are a few fun facts about this popular fruit.

All facts are taken from the websites listed below:

So…what did the white pumpkin say to the orange pumpkin?

ans: I’m looking a little pale, think I should eat some carrots?

Hey, if you’ve got a better PUMPKIN JOKE, bring it on!

If ghostly capers and heart-stopping high jinks get your juices flowing, here’s a selection of Middle Grade books with nail-biting suspense, chatty ghosts and other, not so sociable apparitions.
Tunnel of Bones, second book in Victoria Schwab’s “City of Ghosts” series.

The plot: Ever since Cassidy Blake almost drowned, she can pull back the Veil that separates the living from the dead . . . and enter the spirit world. When her parents start hosting a TV show about the world’s most haunted places, Cass accidentally awakens a frightening young boy ghost who roams the catacombs under Paris’ streets.

What’s to Like: It’s one of the creepiest books I’ve ever read, but I couldn’t stop reading.

The Mystery of Hollow Inn, first of the Samantha Wolf Mysteries, by Tara Ellis

The plot: When 12-year-old Samantha arrives in the mountains of Montana, with her best friend, for a summer vacation, they uncover a villainous scheme at Hollow Inn to force Sam’s aunt and uncle out of business.

What’s to Like: It’s set in a mountain retreat so remote there’s no Wi-Fi or cell phone reception. The girls ignore the rules, and suffer the consequences, as they take readers on a fast-paced, contemporary adventure. 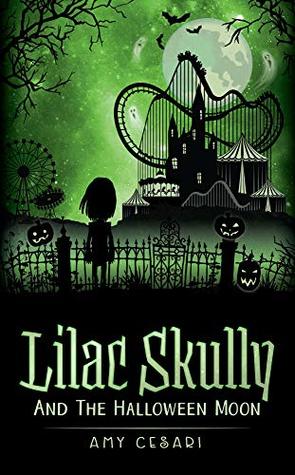 The Plot: Lilac lives in a haunted mansion with a coterie of ghosts and goblins. Lilac longs for the one normal thing she has never experienced, to go trick-or-treating on Halloween. Where better to experience it than at the Seaside Fun Park with friends, or so she thought until some really scary villains seem intent on making her vanish forever.

What’s to Like: It’s a tale of a young girl, who’s led such a sheltered life she’s never been introduced to sweets, not even candy corn until now.

Marilyn Ostermiller is a long-time journalist, who enjoys sharing her favorite reads.

On Saturday, October 5, 2019, I had the pleasure of attending the COLLINGSWOOD BOOK FESTIVAL, in downtown Collingswood, NJ.   http://www.collingswoodbookfestival.com/

It’s the festival’s 17th year and I am proud to have been a presenting author for the fifth year. There was a lot of excitement and enthusiasm for all things to do with reading and books. And, each year, I get to talk about books and hang out with fellow authors from all over NJ and beyond. The organizers and volunteers behind the scenes always make members of the KidLIt Authors Club feel welcome.  http://www.kidlitauthorsclub.com

Here are some of this year’s highlights in photos:

The Joke Machine: A Creative Writing Tool That’s Disguised as a Joke Book by Theresa Julian

So, two guys walk into a bar…

Wait, that’s not how I meant to start. I meant to start by telling you that I’m the author of The Joke Machine, a new non-fiction book that teaches middle graders how to create their own jokes and become funnier. I’m nervous because my spellcheck mysteriously switched into Hungarian and I can’t tell if words are misspelled. 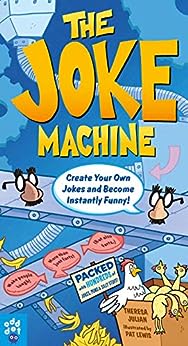 Spelling words wrong is something I do knot want to do. I know the importance of proper spelling, it’s something my feather taught me. If I mix up even two letters, this whole post is urined.

Now you’re probably wondering, is she kidding about the spellchecker? The urined post? And most importantly, what happened to the guys who walked into a bar? Well, the answers are yes, yes, and two guys walked into a bar – the third one ducked.

Apologies for a long introduction, I just wanted to make you laugh.

I figured out that the basis of humor is surprise. It’s leading a thought one way, and then turning it in an unexpected direction. It’s the quick twist that surprises us and makes us laugh.

I worked with that concept and came up with a few lines that – remarkably – were funny! Encouraged, I started studying humorous lines. I tried to figure out what made each one funny, and being a word-loving nerd, I put the quotes into categories such as ones that use contrast, comparison, exaggeration, etc. I started seeing patterns and my book, The Joke Machine, was born!

One of the things I’m proudest of is that the book teaches a difficult, almost mysterious subject using basic tenets of English, such as contrast, comparison, literalness, etc. It teaches in a fun, funny, kid-friendly way, that keeps kids laughing and turning the pages.

Now I’m going to tell you a secret. Lean in, because I’m going to whisper this so kids don’t hear. Though The Joke Machine explains how kids can become funnier, it’s also a book that teaches them how to express themselves more creatively and how to become better, more confident writers.

The Joke Machine teaches basics, such as using similes, metaphors, homonyms, homophones, etc., to punch up sentences, but the real message is deeper. The real message is reaching past the plain “vanilla” and expressing yourself more creatively, confidently, and humorously.

For example, The Joke Machine teaches middle graders to create humor by comparing two things that don’t ordinarily go together, by using irony to call out an unusual situation, and by using literalness to respond to someone’s actual words instead of their meaning.

The book explains how to fancy-schmancy it up by using specific details, too. It shows how to change “my shoes smell bad” into “my shoes that smell like they’ve been in my gym locker since second grade”. The book encourages kids to play with words, punch up puns, twist common catchphrases, exaggerate and understate facts, and even invent words that their friends will understand just by their sound.

Finally, The Joke Machine teaches middle graders to be more confident writers because being funny is about teasing out your message, having the courage to say something and then pull it back. It’s presenting a thought, then twisting, bending and reversing it. It’s like starting with “two guys walk into a bar” and then admitting that’s not what you want to talk about – but now that I have your attention, stick with me. It’s about thinking outside of the box, playing with a message, and holding your reader’s attention, all the way down to the very last line.

Theresa Julian writes humorous children’s fiction, nonfiction, screenplays and teleplays. In addition to The Joke Machine, Theresa has sold dozens of humorous stories to Amazon Rapids which have been consistently listed on the Popular and Funny rows on the Amazon app. She is also the author of a humorous ‘tween TV pilot and two screenplays that have all won or placed in multiple national writing competitions. Theresa is a graduate of Boston College and has a Master of Arts in Corporate Communications. When she’s not writing, Theresa likes to run, eat chocolate, and lip sync to her favorite songs even though she never knows the lyrics. She always wished she had a superpower, but makes a really mean eggplant parmigiana so…maybe that counts?

Theresa will give a signed copy of her book to one lucky winner. Share your favorite one- liner joke and Darlene will put your name in a hat for the drawing. Share this post on Twitter, or FB and receive a second entry. The winner will be announced on this blog. Good Luck!