I was lucky enough to receive a copy of a charming and fun-filled picture book in a give-away on the Writing and Illustrating blog run by Kathy Temean: http:kathytemean.wordpress.com

BEACH TOYS vs SCHOOL SUPPLIES by Mike Ciccotello is that book. Here is my review of this delightful story that bridges the transition from summer to Back-To-School for the youngest kids.

The contest is on for who can build the best sand castle of all: The beach toys who have done it forever, or the school supplies who have all the proper equipment to measure and make the sand do what it does best. Does bigger mean better?  School supplies think so, but when things don’t work out quite the way they envisioned, will beach toys come to the rescue?

Engaging illustrations and “punny” word play make the contest fun to watch. The message of friendship, co-operation, and kindness make this a perfect book for the transition from summer to school for the youngest readers.

So, grab your beach toys and school supplies and head on over to the beach for some sand castle building of your own…now is the perfect time.

Want a good reason to indulge in ice cream? Here it is: Today, August 19 is Soft Ice Cream Day.

Soft and hard ice cream are made with the same ingredients, but soft ice cream has less milk fat and more air, making it more delicate and smoother.

Ice cream magnate Tom Carvel discovered soft ice cream by accident. Carvel was driving his ice cream truck on Memorial Day weekend in 1934, when a flat tire stranded him by the side of a road. He knew his product — and profits —were melting, so as vacationers drove by, he sold them the softened ice cream. They loved it.

Within two years, in the midst of the Great Depression, he had patented a super low-temperature ice cream machine, created a secret formula ice cream and opened an ice cream store on the site where his truck broke down.

Ice cream was especially popular during the Depression. Money was tight, but ice cream cones cost only a nickel.  Then, as now, vanilla, strawberry and chocolate were popular ice cream flavors.

About that time, a candy maker, Joseph Edy, and ice cream maker, William Dreyer, collaborated to add marshmallow bits and walnuts to chocolate ice cream, and named it Rocky Road, a reference to the difficult times.

Also in the 1930s in Sicily, rum-soaked raisins were added to gelato to create another enduring flavor, Rum Raisin. Gelato is similar to soft ice cream, in that it has less milk fat than traditional ice cream. 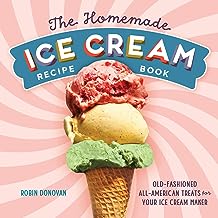 What is your favorite flavor?

Marilyn Ostermiller is a long-time journalist who delights in cooking, baking and trying unusual flavors of ice cream.

After the horror of losing so many Monarch Butterflies in the chrysalis stage last year due to a fungus that attacked it, I was hopeful that this year we’d have a better outcome. We had 40+ milkweed plants in our garden beds. Butterflies came and laid eggs on many of them. I watched with joyful and cautious breath as caterpillars chomped on the leaves.

And then one morning I watched as a butterfly emerged from a chrysalis and landed on a flower, pumping it’s wings as it dried off.

Hooray! It felt so good to see the process working.

Fast forward to two days later when we woke up to see this outside the window, in the same garden bed where the Monarch hatched:

Sigh…nature does what nature does, but it sure is discouraging.

But, the butterflies are still laying eggs and I just saw another caterpillar this morning.

So…I remain ever hopeful in the quest to help the Monarchs.

I always look forward to a new non-fiction picture book by author Annette Whipple. Her books are not only informative, but entertaining and never fail to teach me something. In this second book in her THE TRUTH ABOUT series (Whooo Knew: The Truth About Owls), Annette tells us some amazing things about dogs.

WOOF:THE TRUTH ABOUT DOGS (Reycraft Books 2021) by Annette Whipple, is a fascinating and close up look at people’s best friend. Interesting facts are told in a question and answer format that will give kids all  they need to know about this popular pet.

Back matter shows readers how to help dogs, how to greet an unknown dog, how to make a dog TUG TOY and more. This is a perfect book for anyone who loves dogs and wants to know more about them. It will make a great addition to a home or classroom library.

To learn more about Annette and her books visit: