Here are two more great middle grade books that happen to take place during the summer which makes them perfect for summer reading.  I’ve included my reviews for each one.

I LOVE YOU, MICHAEL COLLINS by Lauren Boratz Logsted

“A wonderfully detailed trip back to the days leading up to the Apollo 11 mission to land the first man on the moon. Brings back the magic and wonder of that monumental accomplishment. Told through the POV of 12 year old Mamie as she and her best friend Buster prepare for the big event. While Neil Armstrong and Buzz Aldrin get all the attention for stepping out onto the moon surface, Mamie thinks Michael Collins deserves the most recognition for bringing them back safely to earth. Perfect summertime read for celebrating the 50th anniversary of the event.”

BEAUTY AND BERNICE by Nancy Viau
“A feel-good modern fairy tale of a summer filled with adventure and discovery. This book will keep you smiling and eagerly turning pages until the very end. Fresh,
charming, delightful, and full of surprises. It is a story “made of awesome”.” 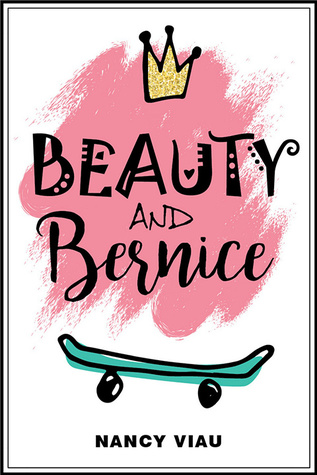 I will give away a copy of BEAUTY AND BERNICE to one lucky winner drawn randomly. Let me know what your favorite childhood summer memory is and your name will be entered. If you share this post on FB or Twitter, I’ll put your name in a second time.
Winner will be announced here on 9-2-2019.

Books, books, books. Ever since I was a young girl books have been a huge part of my life. I didn’t have many friends when I was young, so the characters in books became my friends and took me on all kinds of adventures. That’s also one of my goals as an aspiring author, to be able to create characters that children of all ages can relate to.

Reading became an even bigger part of my life when I was thirteen years old and home schooled. Today when I talk with some of my old elementary school teachers they even tell me that my mother made the right decision to home school me. My greatest of teachers have always been my mother, my grandparents, my church and, of course, books.

I could go on and on about my home school journey and how I found my niche of being a writer, but today I would like to talk about the books that helped me grow over the years when I was being home schooled.

The Bible:  As a Catholic I grew up with the teachings of the Bible, but as I grew older I started to study it on a whole different level of understanding. When I was first home schooled I had gone through many different stages in my life. I remember when my grandfather, a talented artist and devoted Catholic, told me to read the Book of Job and began to explain the meaning behind the powerful teaching. From then on I started to study the Bible, got involved with my Ukrainian Catholic church and became who I am today.

I’m also a huge fan of the epic 10-hour television series ‘The Bible’ and ‘A.D. The Bible Continues’ produced by Roma Downey (Touched By an Angel) and Mark Burnett (The Voice, Survivor, Shark Tank, Celebrity Apprentice).

Books by Eiko Kadono: Where can I begin? Eiko Kadono author of ‘Kiki’s Delivery Service’ is the greatest influence on my writing.

My mentor Dr. Manna knows this book has helped me form a plot for my latest manuscript. Reading Miss Kadono’s novel and, of course watching Studio Ghibli’s film, really lit a flame to my writing. She is my true inspiration and I hope to meet her some day in the future.

The Borrowers (by Mary Norton):

‘The Borrowers’, also known as ‘The Secret World of Arriety’ by Studio Ghibli fans became an all time favorite book of mine as I was growing up. I’m a fan of simple, but at the same time beautifully descriptive works, so reading Mary Norton’s book was indeed a pleasure. This book took me on all kinds of adventures and made me get outside! I recommend this book to any parent or teacher who has kids who love the outdoors.

My goodness, here’s another Studio Ghibli film many people are familiar with. Like Eiko Kadono, Diana Wynne Jones is my inspiration. If you read ‘Howl’s Moving Castle’ you’ll understand why simplicity is golden. It has a mix of adventure and fantasy and was a great teacher to me when I started writing.

I’m surprised that not many people are familiar with Margaret Sidney’s series ‘Five Little Peppers’. This series taught me about family, hardships and how to lend a helping hand. My mother bought me the entire series for my birthday last year and I started jumping up and down like I was a kid on Christmas morning.

Lord of the Flies:  From the first time I was given William Golding’s ‘Lord of the Flies’ to read, I was fascinated by the central theme of disputing the human instincts toward civilization and the will of power, and how young boys could represent such savagery and stifle to a primitive state, something so influential and debatable.

If you follow me on Twitter, Facebook or WordPress you’ll realize how most of my short stories relate to survival of the fittest and being abandoned in the wilderness. All three stories were based on a writing prompt I was given in a workshop to define the true nature of the Japanese proverb “weak meat, strong eat”, in other words “survival of the fittest”.

Madeline Series (Ludwig Bemelmans): Madeline has been a part of my life since I was three years old. She became my best friend and my idol.  I remember when I was six years old and said I had a crush on Pepito, Madeline’s next-door neighbor. He was a rude, spunky boy who picked on the girls, but as the story progressed he became friendly after the girls saved him from a pack of dogs.  Ludwig Bemelmans will always be on my top author list and was the author who inspired me to write short stories.

Gone with the Wind by Margaret Mitchell: I first watched the three-hour movie version of Gone with the Wind before I read the book. Why? Every day when my grandparents were with us I used to go over their house, help out with the chores, bake some tasty treats, play games, read and watch movies. A favorite movie of mine would have to be ‘Arsenic and Old Lace’ with Cary Grant. I watched that movie and many more Cary Grant films when Hurricane Sandy hit New Jersey.

Spending time with my grandparents was one of the joys of being home schooled. Well one day my grandma took out the ‘Gone with the Wind’ box set, made a few snacks and watched the entire film with me. After that I read the book and was just as disappointed with the cliffhanger ending as I was with the film. I’ve always hated cliffhangers when I was young, but after re-reading and re-watching ‘Gone with the Wind’ I’ve come to understand the beauty and magic behind cliffhangers.

I’d like to thank Darlene Beck-Jacobson for having me as a guest on her blog. If you haven’t checked out her book ‘Wheels of Change’ now’s the time.

If you have a question about home schooling or if you’d like to know more about my writing journey please, by all means, connect with me on Facebook or Twitter and visit KidLit.TV for topics about, kidlit, tech savvy advice and original content. Thank you all for your time.

I’ve recently read some wonderful books for children and adults I’d like to share with you.   Here’s the short list:
1. In the Land of Second Chances – George Sheffner (perfect feel good kind of novel)

3. Is Your Buffalo Ready for Kindergarten? -Audrey Vernick (This picture book will delight young and old as it answers the question of what to expect in Kindergarten) http://www.audreyvernick.com

4. Unbroken – Laura Hillenbrand (The true, and inspiring story of 1936 Olympic Runner Louis Zamperini who never got to break the 4 minute mile because of WWII. His war experiences as a gunner and POW survivor are unbelievable reading). http://www.unbroken – book.com

5. The Room  –  Emma Donoghue  (This is told from the POV of a 4 year old boy and is a suspenseful , touching story.)