The Use of Literary Devices in Picture Books: Part 1 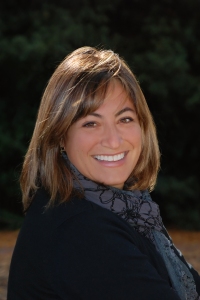 As parents, we are constantly teaching our children about the world: rules, facts and essential life truths such as: Be kind. Be patient. Bees sting. Eat your vegetables. Don’t eat the sand. Say please and thank you. Don’t step on that ant. As they grow older, teaching can morph into school related lessons: spelling tools, vocabulary words, and math tricks such as Please Excuse My Dear Aunt Sally. As they grow even older, teaching becomes somehow more life affirming: Don’t drive and text. Be kind. Be true to yourself. Do your best. Hold your head up high. High school only lasts for four years.

In return, our children teach us how to be patient and forgiving. How to be creative and inventive. How to be happy. Watching them grow and learn has taught me a lot about myself, and I am a better person because I am a parent. But it is a rare event that I learn something academically new from my children. There are plenty of instances where I’ll encounter something I absolutely once knew, but have lost on the journey to adulthood, like, you know, the sum of interior alternate angles or how to balance a chemical equation. My college major was English after all. So imagine my surprise when, while reading aloud my new work-in-progress, my teenage son says “That’s anaphora.”

Stop the merry-go-round. What is he saying? Is it Latin? Text-talk? A new girl in his class? He explains it is a literary device he is learning about in AP English concerning rhetoric. What? He shows me his list of literary terms and I suddenly morph into a kid in a candy shop, marveling over this plethora of devices that I am unconsciously using and about which I have heard nary a whisper. I scurry off to devour this list, to taste each device and explore my own skill in using such lofty literary language without even knowing it.

There are reasons that these literary devices exist. It is because they work. The use of these devices makes writing stronger, more lyrical, more beautiful. Without even knowing it, I bet you will find your work peppered with polysyndeton, anadiplosis and euphony. Here are some of my favorites:

Alliteration. This one you will know as it is very common in picture books. I love alliteration and I’m sure you are familiar with the repetition of similar sounds in the beginning of successive words. I use them a lot in titles such as Stick and Stone or Pirate’s Perfect Pet.

Anadiplosis. This is the repetition of the last word of the preceding clause in the beginning of the next sentence. So it is almost like a word-segue between sentences. It’s hard to do, but very effective. The most recent and perfect example I can think of comes from the lyrics to the song “Glad You Came” by The Wanted:
Turn the lights out now
Now I’ll take you by the hand
Hand you another drink
Drink it if you can

Anastrophe. Using this device allows the order of the noun and adjective to be reversed – think Yoda. It is also knows as hyperbaton, from the Greek meaning ‘transposition’. Poe uses this device to great effect, “Deep into that darkness peering, long I stood there, wondering, fearing.”

Assonance. Like alliteration, assonance repeats sounds, but the sounds produced by the vowels only, such as “purple curtain”. In the same vein, consonance is the repetitive use of the consonant sounds, usually at the end – stuck, streak, luck. You probably use both of these without even knowing it. 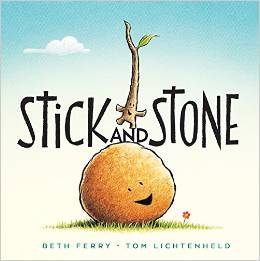 3 thoughts on “My Euphoria at Discovering Anaphora: by Beth Ferry”